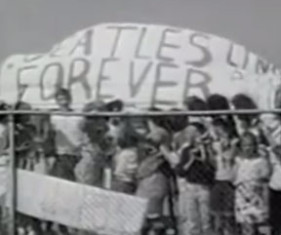 Get Ready! The Pacific Northwest will mark the historic 50th anniversary of The Beatles’ 1964 Seattle performance in a big way. Hosted by legendary disc jockey Pat O’Day and special guest Marco Collins.

This historic tribute concert will feature an all-star cast of emerging and iconic northwest musicians spanning generations and genres. Pacific Northwest musicians will pay homage to the lads from Liverpool by performing the original set The Beatles performed at the 1964 Seattle Coliseum concert which will include Beatles classics like “She Loves You” and “I Want to Hold Your Hand”, followed by “Sgt. Pepper’s Lonely Hearts Club Band” performed in its entirety with special musical guests paying tribute to the iconic album. The Sgt. Pepper’s performance will be backed by the 50 piece Synergia Northwest Orchestra.

In addition a very special Northwest premier of Sir Paul McCartney’s classical composition, “Celebration” from his second full-length release of original classical music “Standing Stone” will be performed by the Synergia Northwest Orchestra.