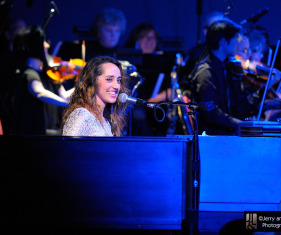 A powerful fusion of voice and vision, Tess Henley’s talent is undeniable. The Suzuki trained pianist (she began lessons at age 3) got her love of music from her mother, a professional singer, and her record collecting father. The budding star has opened for Jill Scott and Anthony Hamilton and won multiple awards including 2011 Budweiser Dallas Superfest Contest $25,000 Grand Prize Winner, 2011 Soul Tracks International Song Competition Winner, an Independent Music Award for Best R&B Song and top three honors at the prestigious John Lennon 2011 International Songwriting Competition. Henley is currently putting the finishing touches on her debut album “High Heels And Sneakers” due out Spring 2013. Recorded in Philadelphia the album is produced by Dice Raw from The Roots with additional production from Khari Mateen (The Roots, Jill Scott, J*DaVeY).