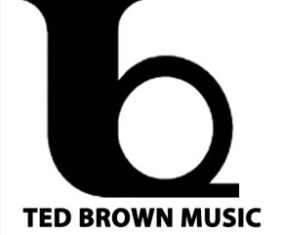 Ted Brown Music is proud to serve as your most trusted full-service music store since 1931. Locations in Tacoma, Silverdale, Puyallup, Yakima and Richland.

Ted Brown opened the doors to his new music store, Ted Brown Music, his primary product was pianos. The obvious supplement to this was sheet music. Band Instruments came in next to support the product line and make a well rounded music store. During the mid 40’s, in the midst of WWII, all metal was diverted to the war effort so band instruments were not even made. Needing to get things to sell, Ted called on his many friends and contacts in the business world. While he couldn’t get musical instruments, he could get things like model planes and watches. This was enough to keep people coming in so that when inventory became available, customers shopped first with him. The business grew by adding televisions, home stereo systems and records.

We were there from the start of rock and roll, with Elvis, Buddy Holly and all the rest. Ted’s son, Warren, came to work full time in 1958. He recalled that one of his favorite window displays was where he put out a single color TV set and filled the window of the downtown store with colored balloons. It looked as if the television was floating and it was a spectacular way to introduce the new color sets! It was only a few short years later that Warren took over full time as President of the company. The 1970’s saw a change away from televisions and stereos to better focus on the school music needs. This was the advent of the Educational Services Program. The 1980’s saw closure to the sale of acoustic pianos but reintroduced electronics and Pro Audio. We now had sound systems and lighting to fill the needs of the school/church market. In the late 80’s two of the Brown’s daughters, Stephanie and Whitney, joined the company. Stephanie ran the Richland Store and Whitney was at our Evergreen Plaza Store. The three continued to work as a team out of the new store on Tacoma Mall Blvd. On July 1st 2004, Warren announced that Whitney Brown-Grisaffi will succeed him as company President. Stephanie Brown-Howe has been named Vice-President. As you can see, Ted Brown Music has seen a lot of changes over the last 80 years. What has stayed the same is the family’s dedication to the music community and helping people enjoy music.