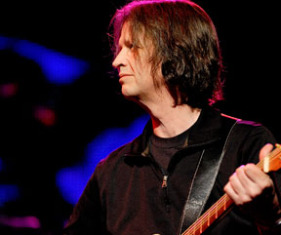 Scott Olson is a guitarist, bassist, and recording engineer. He played
guitar with Heart 1995-1998 and 2002–2003, and in 1996 he performed with
Alice In Chains on their MTV Unplugged concert. He is currently working with
Seattle’s London Bridge Studios, best known for their work on Pearl Jam’s
Ten and Soundgarden’s Badmotorfinger.