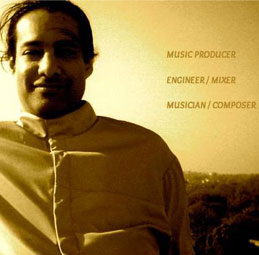 Andrea Peterman “Within You Without You” The Beatles 50th Anniversary, August 23, 2014, McCaw Hall, Seattle WARick Parashar (December 13, 1963 – August 14, 2014) was an American record producer. He and his brother Raj founded and built London Bridge Studio in Seattle, WA, in 1985. Aside from composing and performing his own music, he also worked with and developed many local Seattle artists, including Alice In Chains, Litfiba, Pearl Jam, Brandi Carlile and My Goodness.

Helmed by Parahar’s production and recording services, London Bridge became the center of the Seattle music scene. His credits include Multi-Platinum releases for Temple of the Dog, Alice in Chains, Pearl Jam, Blind Melon and Dinosaur Jr.

Rick’s projects were not limited to just Seattle’s artists. In 2001 he produced 3 Doors Down’s multi-platinum record Away from the Sun, and was nominated for a Grammy for Nickelback’s Silver Side Up (which sold in excess of 6 million copies). His production credits also include platinum albums for Melissa Ethridge, Bon Jovi and Unwritten Law.

In addition to producing and engineering, Parashar also played piano, Fender Rhodes, organ and percussion on the Pearl Jam tracks Black and Jeremy as well as Temple of the Dog’s “Call Me A Dog”, “All Night Thing,” and “Times of Trouble”.

On August 15, 2014 it was reported that Parashar had died at his home in Queen Anne from natural causes